Perhaps the oddest son of Blundellsands, an affluent area of Sefton near Liverpool, was Gerald Brosseau Gardner. 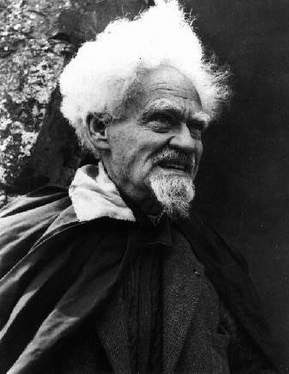 He was born on Friday 13 June 1884 into a wealthy merchant family of teak and mahogany importers. Indeed, Joseph Gardner & Sons were reputed to be the world's first and largest importers of tropical hardwoods. 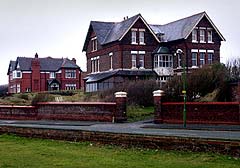 His early years were spent at "The Glen" which still stands on The Serpentine commanding an unimpeded view across Liverpool Bay. His forbears included Mayors of Liverpool, an admiral and a peer. His grandfather was something of a local eccentric, given to disporting himself naked in public, but even so it would have been difficult to foresee, from these uber respectable beginnings, the strange future that would lie ahead for young Gerald.

Gerald Gardner was in later life to become one of Britain's most notorious occult figures.

He was not educated in the formal sense but was taught literacy by a governess and went on to become a voracious reader. He developed an interest in antiquarianism, archaeology and anthropology. A delicate child who suffered from asthma (the occultist's curse), he was sent in the care of his nurse to the East, where it was thought, the warm climate would cure his ailments. For many years it was here that he remained.
At the age of 16 he managed a tea plantation in Ceylon where he remained for nineteen years before moving to Borneo and later to Malaya where he became a Government Inspector of rubber plantations for thirteen years and later a Customs Officer.
During these years he became increasingly interested in native customs and tribal ritual; he absorbed himself in ethnic superstition, necromancy and magic. He had already developed a fascination with the pagan history of the Old World and to this he melded the mysticism of the East. He courted Buddhism, Islam and was twice a Freemason before becoming a confirmed Occultist who went on to establish his own religion when, upon retirement, he returned to England.

Once back in England he quickly established himself in occult circles and gained a reputation as a quirky but original author who wrote about the odd world he had come to inhabit. Not until 1951 was the Witchcraft Act 1735 repealed in England and consequently most of Gardner's early prognostications and revelations on the occult were cloaked in the guise of fiction. High Magic's Aid and Book of Shadows were two such.
Gardner was nothing if not an accomplished self-publicist: he gave frequent interviews to the press, radio and on at least one occasion to TV. Witchcraft Today and The Meaning of Witchcraft were his seminal works of non-fiction with which, after 1951, he enthusiastically promoted his views. In the 50's and 60's his Wicca religion gained a dedicated  following not only in Britain but in the USA and Australia also.

In 1939 Gardner had been initiated, by Edith Woodford-Grimes, into the New Forest Coven, which drew its energy from pre-Christian paganism. They would meet at "Old Dorothy's House". Old Dorothy is believed to have been Dorothy Clutterbuck, an otherwise respectable Church of England communicant. Gardner rose to a position of eminence in the coven and later adapted the Rosicrucian Order Crotona Fellowship to his own style, suffusing it with freemasonry, ceremonial magic and the writings of his contemporary Aleister Crowley, the self-styled Great Beast 666 himself.
Gardner's revisions were largely accepted because other members of the coven cravenly claimed to know him from a previous life; Gardner had long been a believer in reincarnation and claimed for himself an earlier existence in Cyprus in 1450.


The Great Cone of Power

In 1940, during WW2, England endured some of her darkest days. Invasion by Nazi Germany was, it seemed, only a matter of time. Gardner and the coven decided it was time to act.
On Lammas Eve, 31 August 1940, "skyclad", that is to say naked, the coven performed a ceremony in the New Forest: the Fuhrer who was poised to launch Operation Sea Lion had to be stopped. Gardner, by this time 56, and his elderly confederates invoked the psychic energy of the Cone of Power against the forces of Nazism.
Hitler it should be noted was himself a man of great superstition and the message: the channel cannot be crossed once implanted in the collective psyche of him and his cohorts would be irresistible.

The McLeod, Lord of Skye, had a similar plan in mind to forestall a German invasion. He planned in extremis to wave the Fairy Flag (Am Bratach Sith)  from the white cliffs of Dover. This flag possessed the power of victory just one last time having been used already on two previous occasions in McLeod clan history.

In channeling nature's elemental forces through their own mortal bodies it is said that two of Gardner's coven, Walter Forder and James Loader, went into a state of collapse from which they were not to recover. 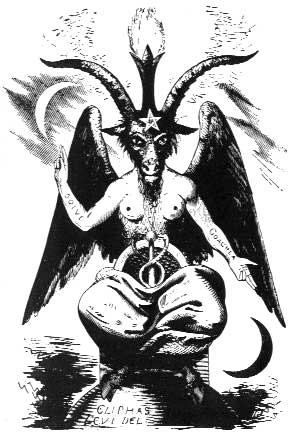 The Cone of Power had twice before been called upon to defeat the enemy: in 1588 the Armada was thwarted and in 1807 it had been invoked to stop the advance of Napoleon.

Just as previously, the power of the Cone was to prove invincible.

Gardner was never short of what we would today call a soundbite nor was he slow to grab the headlines.
He asserted that Grissell Gairdner burnt as a witch in 1610 was one of his forbears. He had a reverence for the Royal Family, mainly because he believed them, like himself, to be descended from a long line of witches.
Whether they were flattered or merely amused is unknown but it is known that Gardner was invited to a reception at Buckingham Palace in 1960.

Fairies, he declaimed, were a persecuted race of pygmy-witches.

He claimed that Aleister Crowley, a long-time rival and altogether more sinister figure, had accepted him as heir apparent when he visited him shortly before his death on 1 December 1947. He was initiated into the Ordo Templis Orientis (OTO) in a testament hand-written by Gardner but signed by Crowley. Upon Crowley's death he proclaimed himself leader of the OTO in Europe and was apparently accepted as such.

August 1940 might have been the apogee of Gardner's illustrious career but he was to continue for some years yet. With age he became even more outre: by this time his body bore numerous occult tattoos, he wore a weighty bronze bracelet inscribed with symbols denoting the three degrees of witchcraft and a large silver ring bearing his Wicca name Scire in letters of the ancient Theban alphabet. His beard was groomed in barbiche style while his hair was combed into two vertical peaks.

In 1951 he moved to the Isle of Man where he declared himself Resident Witch of the Island. Here with Cecil Williamson he opened in Casletown the Folk-lore Centre of Superstition and Witchcraft. This clumsily named enterprise soon ran into financial difficulties and Gardner eventually bought out Williamson who subsequently opened the rival Museum of Witchcraft in Boscastle, Cornwall. The Castletown Centre survived until after Gardner's death.

On 12 February 1964 Gardner died at the age of 79 while on board the Scottish Prince returning from the Lebanon having suffered a sudden heart attack at the breakfast table. He was buried with only the ship's captain present. His body lies interred in a cemetery in Tunis.

Gardnerian Wicca lives on with a claimed one million adherents in 66 countries of the world.